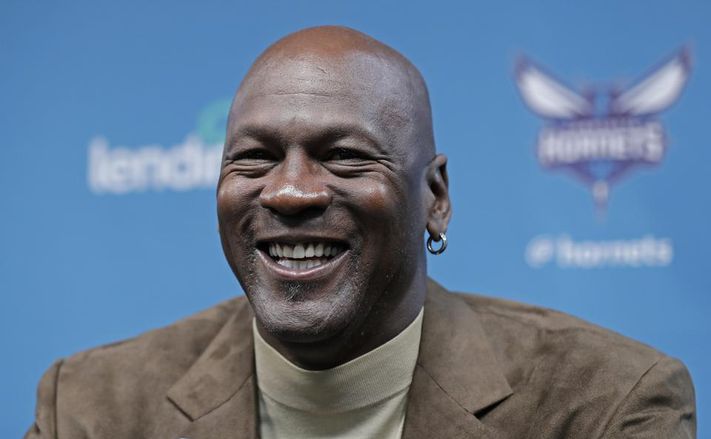 Do you know most blacks are super-rich and mostly make it the Forbes list of top richest celebrities and or personalities each year? Forbes yearly list helps many across the world to appreciate individuals who put in work to achieve greatness and also bag enough figures into their Bank account.

Here are America’s black billionaires and their net worths, in order of descending wealth:

He is known to be very rich. Robert F. Smith was born in 1962, Smith right from his early days was academically and professionally driven. When he was still a junior in high school and making killer grades, he snagged a coveted Bell Labs internship after pestering them for five months. He went on to study chemical engineering at Cornell and, after bouncing from a few different companies, went to Columbia for a master’s in business.

Smith despite his wealth, enjoys being unknown, a move which has earned him the name “The Quiet Billionaire.” He is well respected and loved mostly because of his charity act.

David Steward is the founder and chairman of IT provider Worldwide Technology, a company he bags most of his millions from. They provide IT support services to major names like Citi, Verizon, and even the U.S. government.

David is well known to be very humble.

The billionaire was born in 1951 and grew up in segregated Missouri. He was forced to learn the value of hard work from his father. Steward during his schooling days studied business at Central Missouri State University. After completion, he took on management roles for several companies.

In 1990, he launched Worldwide Technology, even though he financially struggled in those early days, his early tech venture eventually grew up to shine into a $12 billion industrial giant.

Till now, he is still bagging a lot of cash.

Oprah Winfrey is the only black woman who constantly makes it to Forbes list of the richest black Americans. She has over the years managed to grow in wealth. Her story of success is very touching because she made it from a humble beginning.

Oprah Winfrey who is now a household name was born to a teenage mother in rural Mississippi. Her mother was a housemaid by profession and Oprah herself spent a lot of time having to stay with her mother, father, and grandmother.

She was sexually abused at some point in her life. She amazed in high school by showcasing skills in speech, drama, and student government.

She won a scholarship to study at Tennessee State University and actually began a career as a local news anchor which eventually blossomed to her current state.

This became popular enough that she got her own talk show, The Oprah Winfrey Show, which ran for 25 years. She made herself into a worldwide name through this show as well as some acting roles. She also invested heavily in real estate, stock, and her Oprah Winfrey Network.

It’s a testament to her success that the Oprah brand is now stronger than ever and very huge than many celebrities at her age.

Michael Jordan made his wealth strictly through the NBA. He grew to become a legend in the game making enough cash through the establishment of businesses.

After making waves playing college ball, Jordan joined the Chicago Bulls in 1984. After a few years, he practically had too many victories to count, including being NBA Finals MVP six times, NBA Champion six times, and NBA All-Star 14 times.

During his peak, Jordan made a lot of money through various sponsorships with big brands and firms. Most of his wealth now comes from his majority ownership in the Charlotte Hornets and his insanely successful Jordan brand of Nike shoes.

He is still a solid brand.

Kanye West was one time very indebted. He has grown to become very rich and successful. Though we mostly know Kanye West thanks to his music, he started out as a producer for Jay-Z and other talented musicians. This helped him learn enough about music and the industry to launch his own album, The College Dropout, in 2004 which sold out.

The College Dropout album earned three Grammys awards. His next album known as “Gold Digger.” won 21 Grammys. He has a famous sneaker brand named Yeezy which is selling so good across the globe.

Yeezy is bagging him so much cash.

Tyler Perry is an American actor, writer, producer and director. In 2011, Forbes listed him as the highest-paid man in entertainment, earning a wage of US$130 million between May 2010 and May 2011.

Perry’s story isn’t very smooth. He grew up with an abusive father and ended up dropping out of high school and taking on various jobs that helped him learn more about films and television.

This eventually led to him creating and touring his own plays, an act which earned him some good news.

He spent the profits from his career into movies like House of Payne, which first aired in 2006. It was a big success and opened greater doors for him.

Jay-Z is a smart artiste. He managed to divert his success in his music career to some other businesses which is in turn paying him off so well.

Jay-Z became a household name with the success of his 1998 album Vol.2 and Hard Knock Life. He bagged Grammy for Best Rap Album, but it wasn’t his last award.

Over the years, he has won 22 Grammys across 14 studio albums. Jay-Z is now launching clothing lines like Rocawear and various other businesses which pays well.

He also has stake in Uber which is making him richer.