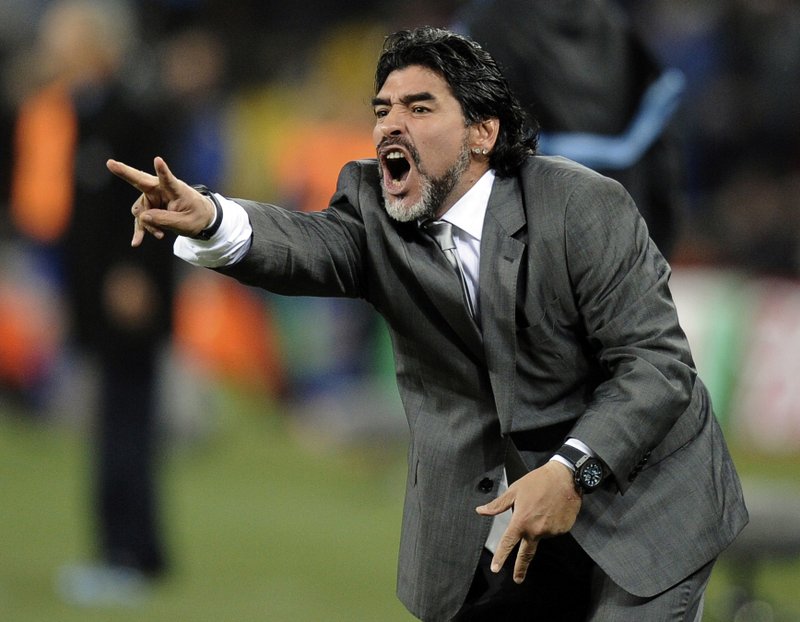 Many football lovers were shocked to hear the death of legendary Argentina soccer star – Diego Maradona. However, many people do not know him too well.

He has been a legend off and on the football pitch and ought to be given a maximum respect. Diego’s memory was brought fresh into the minds of million football lovers after his sudden demise on the November 25, 2020.

Take a glance through all detailed information about the highly-respected soccer star below:

Maradona was born in Buenos Aires on October 30, 1960. During his early days, his families and friends knew that he would be a soccer legend as he took the game really serious from the very on set.

The late legend once during an interview recounted how he used to sleep with a ball all by his side. He said: “I was 3 years old, and I slept hugging that ball all night.”

In fact, the soccer game was his direct calling right from birth, and he made sure he attained greatness with it.

This passion continued as he got a little older, and Maradona started playing for the Argentinos Juniors. Thanks in large part to Maradona’s talent, the team went on to win a staggering 136 games in a row.

As a player, he was at the peak of his career and he made sure he never slowed down until he entered into his teenage years.

Diego Maradona’s teenage career was such a bright one, but he had a few shortcomings. He achieved a lot during this time but notable among it was his call to join the Argentine National Team at the tender age of 16.

Many people wished his call would have paved the way to greatness however, he regretted being called to serve the country of his birth.

He couldn’t play for the team during the World Cup the following year because he was only 17. His team won the World Cup that year (1978) and that further hurt him so badly.

The late star had always maintained that this is his greatest tragedy of his life.

Maradona’s career took a turn-around in 1982. This was the year he started playing for Barcelona FC. His contract bagged him a lot of cash which made him very rich. He received a six-year deal worth $12 million on top of a $9 million transfer fee to leave the Argentinos Juniors, a team he played since his early days.

Two years later, Maradona was sold to Napoli in Italy from Barcelona after achieving a lot with them. He managed to transform Napoli into a hot team after his transfer thereby sending a signal that he is a king on the pitch.

In 1986, Maradona finally had his shot to compete in the World Cup, leading the Argentinian team to victory against West Germany. Although it was a great victory, it was a moment in a different match that would come to define his career.

4. Most famous moment of Diego Maradona:

Have you ever heard of the hand of God phrase? Well, that phrase was coined from the miracles of Diego Maradona on the pitch. He became very popular after scoring a very controversial goal with his hands.

The famous goal was scored against England in the 1986 quarter-finals match of the World Cup. In 2005, he admitted that he used his hands thereby sparking a huge reaction from the world.

In his 2011 autobiography, Maradona disclosed: “Now I can say what I couldn’t at that moment, what I defined at that time as The Hand of God. What a hand of God, it was the hand of Diego!”

Until date, many soccer lovers still respect him for a such a record.

Maradona’s career began to sink when he became an addict of cocaine and other hard drugs. In the 1991, he was banned for a period of 15 months to stay off playing football after he failed a drug test.

Later, in 1994, Maradona got thrown out of the World Cup after testing positive for stimulants. His big disgrace on an international platform greatly dented his legacy forcing him to retire from playing soccer in 1997. The subsequent years was so hellish for Maradona and his previous glory.

Diego Maradona’s health issues became very worse after he got banned from the pitch. In 2005, the one time most respected soccer star got hospitalized following a near death for cocaine-related heart problems.

Two years later, he returned to the hospital for acute hepatitis which was caused by a very bad eating and drinking habit. This sickness hit him hard even though he had tried to control his weight in 2005 with gastric bypass surgery.

Diego Maradona although was a very great footballer, couldn’t achieve a lot as a coach. In 2008, Diego became a manager for the Argentine national team. He helped lead them to reach the quarter-finals of the World Cup in 2010.

Diego also managed teams like Al Wasl FC in Dubai, Deportivo Riestra in Buenos Aires, Fujairah in the UAE, and the manager of Dorados in Mexico.

Diego Maradona died at the age of 60 after suffering a cardiac arrest, according to multiple reports. The football legend had a heart attack at his home just two weeks after leaving hospital where he underwent surgery on a blot clot in his brain.

Diego died but he left behind a great legacy.

Not only was his coffin covered with the Argentine national flag and multiple jerseys, but his wake received tens of thousands of visiting fans.